Few celebrities have had careers as impactful as Beyoncé’s. The music legend, who turns 39 today, has had a lasting influence on pop culture’s look, sound, and focus, but the recurring theme that unites much of her work is Blackness. By honoring her culture and the African diaspora’s beauty, Beyoncé has pushed herself artistically and helped to change the way the media represents Black people. In fashion, she’s consistently created opportunities for creatives of color. Her leadership has resulted in landmark moments—she requested Vogue’s first Black photographer, Tyler Mitchell, to shoot her September 2018 cover story, for example. 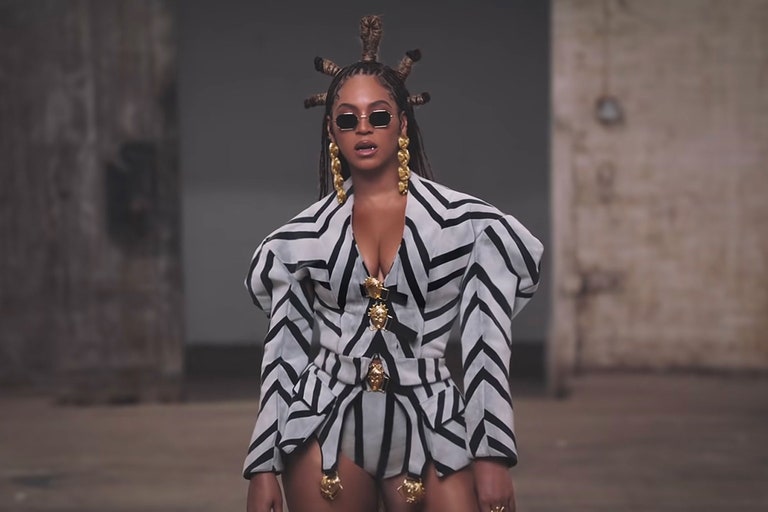 Instead of wearing the usual suspects, Beyoncé and stylist Zerina Ackers regularly incorporate Black designers’ work from across the diaspora. Established names like Balmain’s Olivier Rousteing and Off-White’s Virgil Abloh make headlines when she chooses to wear their runway looks. Her endorsement’s power becomes more apparent when you consider the smaller brands she incorporates into her wardrobe. Celebrity placements mean more for creators who aren’t yet household names, and it doesn’t get bigger than having Beyoncé feature your work in a music video or performance. This year her celebrated Black is King film introduced her audience to a host of new names, including Côte d’Ivoire’s Loza Maleleombho, who created the striking zebra print jacket worn during the “Already” segment, and Brooklyn’s S. Garvey, who contributed floral bodysuits for a dance sequence during the same portion.

Beyonce’s wardrobe has always aligned with a message. The custom pieces she commissions for high profile performances often represent an overarching theme. Her Coachella ‘Homecoming’ in 2018 served as a homage to historically Black colleges and campus-style through the lens of luxury. Those Rousteing designed university sweatshirts and fringe boots were School Daze meets Paris runway. Likewise, her headlining gig at the Global Citizen Festival in South Africa necessitated a queenly collaboration from local designers Enhle Mbali Mlotshwa, Quiteria Kekana, and George Malelu, who came together to create her finale look, an embellished emerald cape. 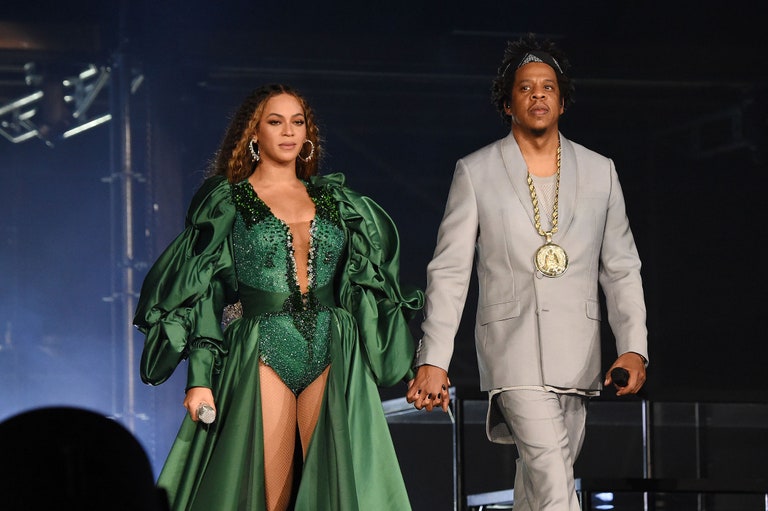 Of course, Beyoncé’s platform extends beyond the stage. Her fashion-focused Instagram posts serve as mini-editorials, and a majority of them feature Black designers. When Beyoncé updates to share images of herself in one of Sergio Hudson’s bejeweled suits, Afrikanista’s artsy t-shirts, or a metallic blazer dress by House A. Sauvage, millions like, share, and engage with those brands. With more consumers than ever shopping via their phones and engaging with fashion through the internet, harnessing social media’s power to highlight underrated creators makes sense. In 2020, Beyoncé took that idea a step further. After the coronavirus pandemic caused record closures of Black-owned businesses, she turned her official website into a directory of notable brands from across the diaspora. Curated by Akers in collaboration with her Black-Owned Everything initiative, the site features hundreds of companies—fashion labels, cosmetics brands, restaurants, technology firms, and more—all founded by entrepreneurs of color.

9 Celebrities who have spoken out about being photoshopped

These ’90s fashion trends are making a comeback in 2017

A Tale Of Two Cities

Eight Books That Will Bust Your Reading Slump

Oladele Emmanuel - July 27, 2020
Gain access to 24/7 news updates, latest books from our authors and much more
Contact us: info@dailypress.com.ng